The sword in the stone in Tuscany. San Galgano Abbey

Long long time ago, on the tuscan countryside near Siena, a valiant knight called Galgano placed his sword in the stone. Today the sword is still at its place, well preserved into the retreat of the Abbey of San Galgano in Chiusdino, a really magic place that we suggest you visit during your holiday across Tuscany.

The story of Saint Galgano and the sword in the stone 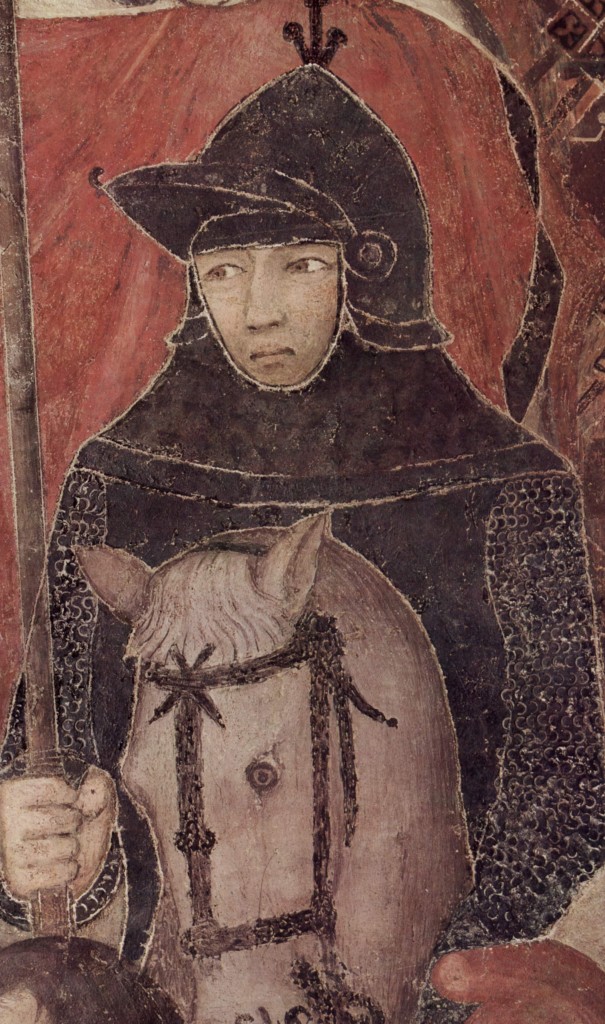 The story of Galgano became Saint after his death, is really strange, very like of the more famous Saint Francis of Assisi.

The life of Galgano Guidotti is a mystery. Even his date of birth is not clear. He was born in Chiusdino, probably on 1148 ad.

Legend says that the young knight Galgano had a life of lust till he was 20. Then, after the archangel Michael appeared twice in his dreams, he decided to Christianize himself.

When Galgano announced his decision, due to the desperation of his mum and of the girlfriend Polissena, and to the sneering laughs of the other knights, stuck his big sword into a stone. It was a miracle!!

He created a cross with the hilt. This gesture, for medieval knights, had a high spiritual meaning because the overturned sword looks like a holy cross.

The meaning of the act of Galgano was: giving up with war and use the sword as the instrument of reconciliation between God and the mankind.

He started to preach the word of God in Siena and surroundings. Until he decided to retire up in a thatched hut on the Siepi Mountain.

During his wander, in 1181, he also met the Pope Alexander III. He blessed Galgano, encouraging him to build an abbey close to his hut and to found a new monastic community in Chiusdino.

Inside the abbey of San Galgano in Tuscany

The hermit experience of Galgano lasted less than a year. He died in his hut in 1181, the birth year of Saint Francis of Assisi. Legend says that the Bishops of Volterra, Massa Marittima, and Siena took part in his funeral rites. He was buried close to the sword in the stone. From the day of his death, Monte Siepi became a place of pilgrimage.

A few years later, in 1185, a commission of prelates went to Monte Siepi to verify the existence of the miracle of the sword in the stone and to declare the holiness of Galgano. Today Galgano is a Saint of the Catholic religion.

The Origin of the Abbey of San Galgano in Tuscany

The retreat, also called Rotonda for its round shape, was completed in 1185 and in 1190 Cistercian monks started to live there. In 1200, the number of monks had been increasing that monks decided to build a bigger abbey in the nearby valley. The first Cistercian abbey in Tuscany was completed and consecrated in 1268. A period of wellness and prosperity began while the emperors defended San Galgano Abbey from the enemies, monks got privileges and they were even allowed to mint coins.

This period of well-being lasted for less than 100 years because a dispute between the Republic of Siena and the papacy begins in 1364. This is the beginning of the slow decline of the San Galgano Abbey. All treasure and riches went sold, even the lead roof. This caused the collapse of the roof of the bell tower giving the abbey the current “open-work” aspect.

The Dome of the Rotonda nearby San Galgano Abbey

Analogies with other stories 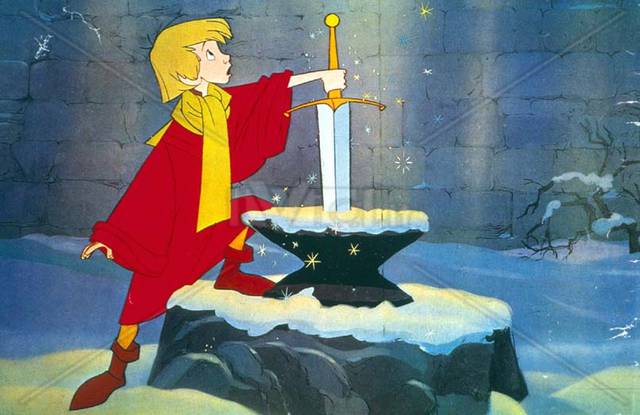 There is an analogy between the story of St Galgano and King Arthur and the Knights of the Round Table. Prince Arthur was the only one to pull Excalibur out of the stone becoming King of Camelot.

There is also an analogy with Hercules of Virgil’s Aeneid: he stuck an iron bar into the ground as symbol of his valor and no one was able to pull it out.

Finally, Galgano can be compared with Knights Templar whose presence in Tuscany is verified in the close county of Frosino.

One thought on “The sword in the stone in Tuscany. San Galgano Abbey”