Today, I would like to introduce you the spelt from Garfagnana with a delighting recipe of a spelt soup. In Garfagnana, spelt has always been grown in small plots. It is the basis of the main dishes as soups or pies. On 1996 spelt from Garfagnana obteined the PGI (Protected Geographical Indication), which establishes the definitive recovery of this cereal after a genetic erosion that got the cultivation at risk. Spelt in Garfagnana grow at an altitude between 300 and 1000 m / 984 and 3280 ft above the sea level. Garfagnana spelt is cultivated according to organic farming methods. 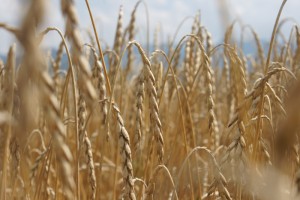 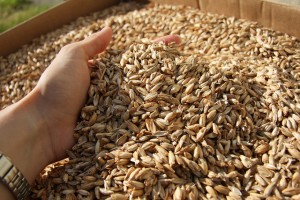 Spelt soup has to be considered a healty food, expecially spelt from Garfagnana. It has been recognized for its dietary properties, because its fibers play a healthy action to the digestive tract. This grain is rich of starch, therefore particularly suitable for preparing pies.

It is used mainly as an ingredient in soups. Combined with beans and vegetables it comes as simple dish but really tasty. Spelt is also ideal for salads or risotto with porcini mushrooms. It goes extremely well with red wines. Peeled spelt grain can also be ground for other uses as pasta, bread, biscuits etc…

The history of the Spelt

Cultivation of spelt dates back to 7.000 BC. Spelt was really popular among Assyrians, Egyptians and other ancient civilizations of Middle East and North Africa. Spelt is still spread a spontaneous species in Palestine, where is probably originating.

Probably nomadic pastoralist exported spelt in all the regions then known. In the Bible it is known with the jewish name of Arisab. Spelt is known in Lebanon, Libya and almost everywhere in the Middle East, althought with different names, Taboulè, Salf, Kibbè. 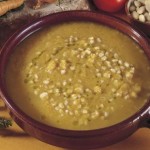