An Unconventional Tour of San Gimignano

The Manhattan of the Middle Age is must-see for almost all the people that are traveling in Tuscany. That’s why an unconventional tour of San Gimignano, UNESCO World Heritage site of Tuscany since 1990, is the best solution to step out of the crowd and enjoy the beauties of this amazing village.

The experienced tour guide Catia led our group of Tuscan bloggers and lovers of photography along an unconventional tour of San Gimignano from Porta San Giovanni and Piazza Sant’Agostino. She told us interesting stories about the development of the village, crossed by the Via Francigena, since the time of the Middle Age.

The map of the Unconventional tour of San Gimignano

Take note of the itinerary of this unconventional tour of San Gimignano, it’s a great alternative to the common routes especially during spring and summer when the village is packed of tourists.

The Itinerary of the Unconventional tour of San Gimignano

The tour started from Porta San Giovanni, the southern gate of the village. It’s the most important gate and was the access for people coming from Siena along the Via Francigena. At its sides there were the naves of the church of the Madonna dei Lumi that have been partially destroyed during the 1900s, but you can still admire the bell tower.

Walking along the central Via San Giovanni, we stopped in front of the Romanesque façade of the San Francesco church. In origin, it was a retreat for the catholic military order entitled to San Giovanni. Then, due to a period of decadence during the 1500s, the retreat was assigned to the Franciscan monks that changed the name to St Francis church.

After a short time in front of the Cugnanesi Tower (the first tower in the village), we moved to the amazing Museum of San Gimignano 1300. Inside, a faithful handmade reproduction of how the city was in 1300 with streets, the seventy-two towers, the fortified walls, palaces and left me breathless. That was really awesome.

From the museum, walking along a typical medieval alley, we reached the panoramic lookout at Via degli Innocenti. It is a must-see when you come to San Gimignano, where the view of the surrounding is wonderful. I could stare at the green of the hills, the blue of the sky and the old roofs of the village forever.

Turning to the right we descended a little passageway where the Santa Fina house is. Today there is only a porcelain tablet to reveal the house, but it’s the story of this woman to be interesting.

The magic story of Santa Fina

The little Fina born on 1238 and when she was only 10 she gets critically ill and paralyzed. Being poor, she only asks for a wooden table in a tuff cavern where to spend the rest of her life accepting with calm the pain of the illness, in honor of Jesus. She dies five years later the 12 March 1243. When the body was taken away from the cavern, people saw little unexpected yellow violets on the wooden table and they smelt a scent of fresh flowers in the air. Moreover, yellow violets grew along the fortified walls of the village. Today they still grow and are called violets of Santa Fina. Before to be buried, legends say that her nurse, seeing for the last time the body of Fina, recover the use of the ill hand. In addition, other miracles happened to the infirm that visited the grave. In 1479, the inhabitants evoked the Saint to help them to defeat the plague and the disaster immediately stop. Being an important figure in the history of San Gimignano, every 12 March, the village celebrates the anniversary of the death of Santa Fina.

The unconventional tour of San Gimignano continued walking down the arch of Via Piandornella up to the corner with Via Santo Stefano, where a typical Tuscan building with a charming garden of roses I am sure will fill your eyes. Once passed the ex-prison, we started the slope along the pedestrian path up to old gate “Porta delle Fonti”.

Porta delle Fonti was an old gate to guard both the entrance to the village and the medieval public springs, which are just out of the walls. The suggestive fountains have ten arches (of which six are Romanesque style and four gothic). In the past, the locals came here to take drinking water and to wash their clothes.

From the old gate, we took a dirt track to climb the hill up to the church of San Jacopo al Tempio, the most ancient Templar church of San Gimignano. Its origins date back to 1100 when it was a retreat for the knights Templar. The façade made half of travertine and half of bricks has, beside the pinnacle, thirteen ceramic tablets colored in green and blue originating from Maghreb in northern Africa.

The tour ended in the big Piazza Sant’ Agostino, where I suggest you to sit for a glass of wine and a traditional Tuscan merenda, admiring the small church of San Piero, the cloister of Augustinian monks and the well in bricks right in the center of square.

What do you think about this unconventional tour of San Gimignano? Finally, if you visit the Medieval Manhattan of Tuscany, do not forget to post your pictures on Instagram using these hashtag: #mytravelintuscany #shareyoursangi #unconventionalsangi. This is our Instagram profile to look at our beautiful gallery of Tuscan pictures. 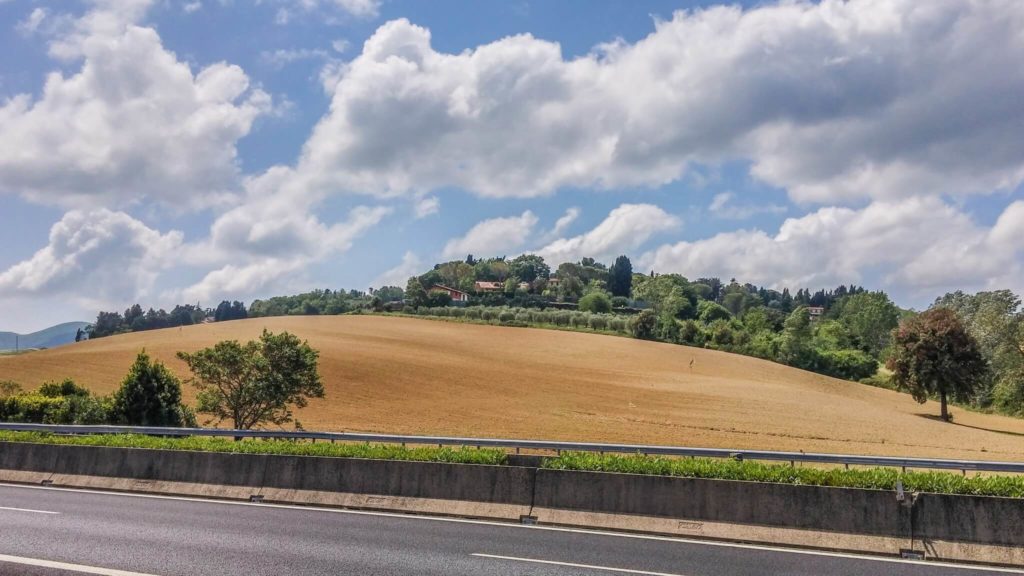 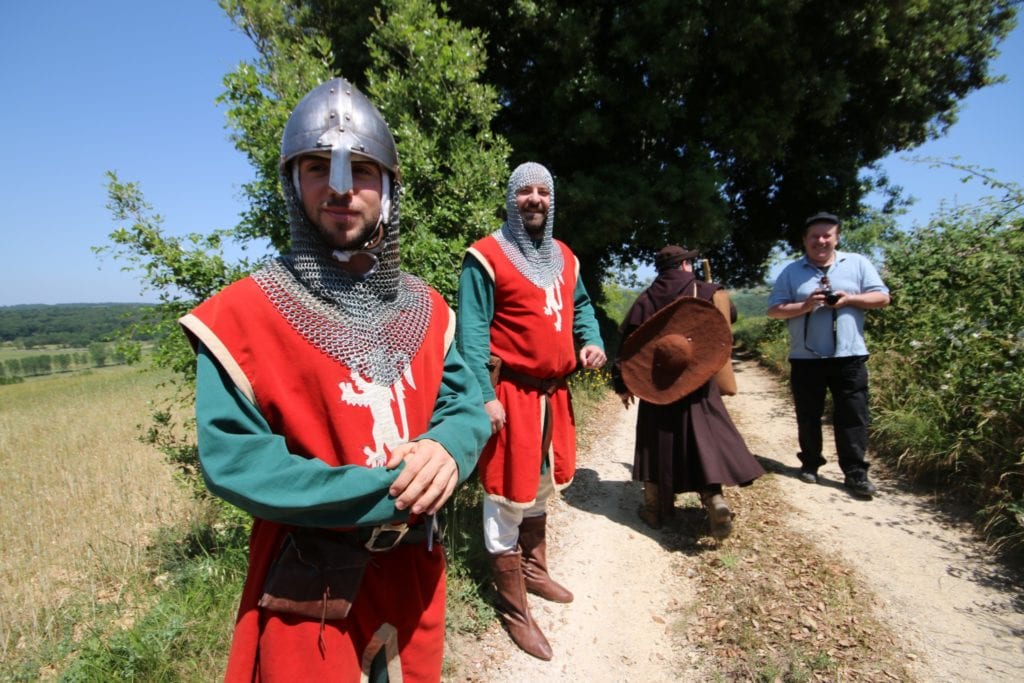